We are very happy to announce that Bingothon will be collaborating with SunshineCommunity once again to host Season 2 of the Super Mario Sunshine 1v1 Lockout League, featuring 5 variants of lockout bingos, pitting 3 divisions of 12 players each as they compete for their boards! The event will start on January 13th, and will be featured on both the Bingothon Twitch channel as well as the SunshineCommunity Twitch channel, so definitely be sure to follow both in order to enjoy this event at its fullest!

The variants included in this league are as varied as they are fun! This would feature types such as normal lockout, row control, invasion, draft lockout and lockout with connect 5!

Also, Bingothon is looking for restreamers to help out with the event, as well as future ones! With the event starting on January 13th, definitely do be quick to sign up! You may find the link to the application form here – we definitely hope to see you soon in the Bingothon family!

In other news, do you perhaps feel a tad confused about the bingo variants listed above? Let’s then quickly run through them!

Your typical game of lockout bingo. The first to reach 13 goals win, and once a player clicks one goal, it is ‘locked’ from the other player, meaning they cannot click it themselves.

A special type of lockout bingo where points are not counted as individual goals, but as rows that are ‘controlled’, since each goal clicked is then locked out to the other player. A row is considered controlled once a player has 3 goals within any row, and a player needs to control 3 rows to win.

Quite the special type of lockout bingo! At the beginning of the game, players are only allowed to click a goal that is on the outer borders of the border. Once a player clicks a first goal on one side of the square, that player is then only allowed to click on goals on that row/column that they clicked on, and the very next one. Meanwhile, the other player will be forced to play with goals from the other side. As the game progresses and goals are clicked, the players ‘unlock’ goals that they are allowed to click on, until the full board is clickable – hence, it is being ‘invaded’.

Another special type of lockout bingo! Before starting the match, the players select 5 goals for which ONLY them will be able to click for the first 30 minutes of the match, after which they are free to claim by anyone. The draft starts with a coin flip to decide who will start the selection, after which said player has one minute to decide a goal (if they take more time, their opponent gets to pick that goal!), after which the other player selects their goal, and vice versa until all their goals are selected.

In this type of bingo, players can win by either being the first to reach 13 goals, like in normal lockout, or to simply get a line of 5 (ie, a bingo!).

As you can see, there is going to be a lot of variety for this event – and trust us, there is more that Bingothon has in store for you in the future to satisfy that bingo hunger! Do make sure to follow us on Twitter, Twitch and YouTube if you haven’t already, as well as join our Discord server! If you yourself want to organize any bingo-related events that Bingothon could host, then do not hesitate to contact either of the Main Organizers (Pikastroff#4262 / Floha258#1968) and we can then see if something can be done!

Cheers, and see you in the Super Mario Sunshine 1v1 Lockout Bingo League! 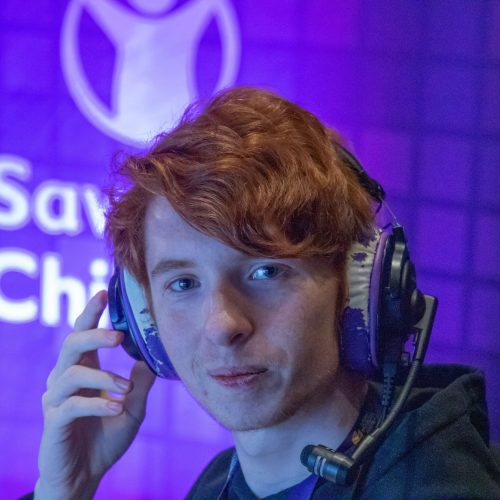 One of the Main Organizers of Bingothon. If he’s not busy with the organization of the next event (with responsibilities including Scheduling, Fundraising, Social Media, and other organizational tasks), chances are that he is either editing some kind of video, or working towards the 3D Zelda Challenge… Or perhaps, some other plans to take over the world!